Leading immigration reduction advocacy organization NumbersUSA has revealed that a new report by the inspector general shows that almost one-third of illegal aliens who were released in the first few months of the Biden Administration did not turn up for their mandatory check-ins. This behavior is in spite of the fact that these check-ins with immigration authorities were stipulated as part of the conditions for releasing the aliens into the U.S.

NumbersUSA further reports that the Department of Homeland Security (DHS) is now reportedly finding it difficult to track all of the people it has allowed to disappear into the interior of the country.

Blame for the situation was attributed by DHS officials to the massive number of aliens needing to be processed, in an attempt to evade taking responsibility for their failure to adequately oversee the released aliens. According to the Washington Times, the IG report claims that officials sacrificed accuracy in keeping records in order to achieve speed in processing people.

The IG report states that the failure to keep accurate records has resulted in a situation where the names of family members accompanying children were not available in every case, meaning that it would be all but impossible to reunify children with their guardians at a later time.

NumbersUSA is a nonpartisan immigration-reduction group that mobilizes its members to lobby decision-makers to improve the broken U.S. immigration system. The organization was founded by its President, Roy Beck, in response to two national commissions on immigration issues. One was a bipartisan congressional commission chaired by former Rep. Barbara Jordan, and another was a commission created under presidential authority and chaired by former Sen. Tim Wirth. Both commissions found that reducing immigration numbers towards their historical average was in the best interest of the United States and its authorized residents.

In its report, the Washington Times commented on this situation as follows: “Despite the passage of two years and promises of improvements, the inspector general found the government still lacks a dedicated system to track the children’s movements from Homeland Security to the Health and Human Services Department, forcing officials to rely on emails.”

The IG audit revealed the difficulty this caused: “This was a daunting task, considering more than 125,000 unaccompanied migrant children were transferred to HHS in FY 2021. Two DHS officials in the field responsible for transferring unaccompanied children stated they received upwards of 500 to 600 emails daily. Other officials noted receiving more than 50 emails per day — all to facilitate transfers.”

In a response to the IG report, Jim H. Crumpacker, DHS liaison to the inspector general, stated: “DHS remains committed to improving the effectiveness of information technology systems used to track migrants from apprehension to release or transfer.”

The report on the NumbersUSA website reveals that the total number of illegal aliens that were encountered subsequent to breaching the border in FY2021 was in excess of 1.6 million, a hug 314% jump by comparison with FY2020, even while the Covid-19 pandemic raged.

The IG report revealed that its audit discovered that DHS does not mandate testing for Covid-19, even before releasing an alien into the country.

Of even greater significance, according to the NumbersUSA report, was that the IG report casts doubt on the promises made by DHS that the millions of aliens who have been released by the agency are adhering to the conditions under which they were released.

Roy Beck, who worked as a journalist covering politics in DC before becoming a policy analyst specializing in immigration and U.S. population issues, founded NumbersUSA to encourage government policies that benefit society by enabling the government to choose the optimal number of authorized immigrants to enter the country. NumbersUSA has more than eight million participants including conservatives, liberals and moderates. Its members are encouraged to lobby public officials to reduce immigration numbers toward traditional levels in order to help current and future generations enjoy a standard of living that isn’t diminished by excessive immigration.

“The inspector general looked at nearly 112,000 migrants who were released between March and September 2021 under Secretary Alejandro Mayorkas’s directive to exercise prosecutorial discretion. More than 32,000 of them — 29% — failed to show up for their first check-in with U.S. Immigration and Customs Enforcement within 60 days.

At the beginning of that period, the department often wasn’t recording addresses where migrants said they would go once they were released.

By late last year, 99% of released migrants did have addresses attached to their files — though the inspector general said the information was riddled with errors, such as migrants giving incomplete addresses or giving locations that duplicated other migrants.” 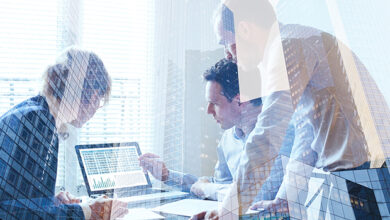 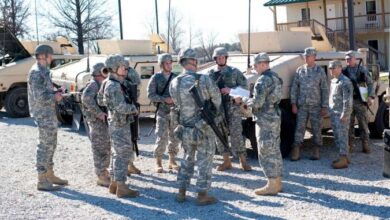