Gino Pozzo bought Watford Football Club on June 29, 2012, beginning a reign that has lasted for over a decade so far. The Pozzo family chose the Hertfordshire club amidst public and private disputes, ultimately turning it into a successful club. This period has been the most favorable for Watford since the 1980s, with owners that included Elton John and Graham Taylor.

Members of the Pozzo family have long been involved in football, both as fans and business owners. Gino Pozzo’s father, Giampaolo Pozzo, had already turned two struggling Italian football clubs around by 2012, when Gino began a serious search to buy an English club. Giampaolo says his son has the largest output in the family’s football business and has the final say on most decisions. Gino is considered the expert, even though he never played football as a child.

The biggest challenge to acquiring Watford was the fact that it was in a different country from the one where the Pozzos had the most experience in the business of football. Gino Pozzo knew that he would need the help of experienced local people to make his ownership a success, given the differences between English and Italian football. Gianluca Nani, who would become Watford’s technical director, says that he considered the Udinese Serie A Italian football club as the model Watford should follow. The Pozzos have owned this club since 1986, and were also the owners of the Granada club in Spain from 2009 to 2016.

Nani adds that he has known both Gino and Giampaolo for years during their work in Italy. Nani later joined West Ham and told Gino about how much English football had to offer them. Gino then advised Gianluca that he wanted to give ownership of an English club a try if a good opportunity presented itself. The Athletic reports that Crystal Palace in south London was also in the running, before the Pozzos shifted their focus further north.

West Ham’s CEO, Scott Duxbury, left the club in 2010, and Nani departed shortly thereafter. Nani introduced Gino to Duxbury, who was looking for new opportunities in football at that time. Gino would later hire Scott as Watford’s new CEO. With many of the staffing decisions made by early 2012, the acquisition process began to quickly pick up speed. The Italian newspaper Gazzetta dello Sport reported in February of that year that the Pozzos were interested in Watford, although Fabrizio Larini, director of Udinese, played the story down by describing it as a “journalistic rumor.”

During this period, Katie Wareham, Watford’s head of finance, questioned a £900,000 payment she was supposed to make to financing firm LNOC. The current owner, Laurence Bassini, informed her that the money was to redevelop Watford stadium’s southwest corner. Wareham told Bassini the club’s account didn’t have enough money to cover the payment, but he said funds would be transferred to cover it. However, the check bounced, according to Wareham.

Gino made additional personnel changes quickly once the purchase was finalized. Manager Sean Dyche was sacked on July 6, although Gino praised him for his impeccable conduct in representing the club. Dyche wasn’t surprised by the move, saying it was a good decision based on Gino’s decision to follow the European model for running a football club. In this model, a club’s owner and technical director have a bigger say in how the club is run, both for the business and football side.

Gianfranco Zola, a former forward for Chelsea, replaced Dyche the following day, upon Nani’s recommendation. Nani and Zola had worked together at West Ham, and Nani felt that Zola would be the perfect fit for a club that would bring foreign players into an English environment. Gino brought in a total of 15 players during the 2012 season, with 12 of those from the Granada or Udinese club. That season ended with Watford losing to Crystal Palace in the Championship play-off, and they wouldn’t be promoted to the Premier League until the 2014 season.

During the last decade of Gino’s ownership, Watford has been promoted to the Premier League twice. It has finished six seasons in the top division and made an appearance in the FA Cup final. It has also gone through 16 managers or head coaches in this period, as Gino continues to look for ways to improve the club. He emphasizes that success in professional football is a long-term project where great changes can occur in just a couple of years. It’s therefore essential to continually change your vision of the team to match available resources, especially when it comes to winning a championship. Gino also makes it clear that he doesn’t want to jeopardize the club’s finances or operations by promoting unstable growth.

The Top Pest Control Companies in Europe To Call 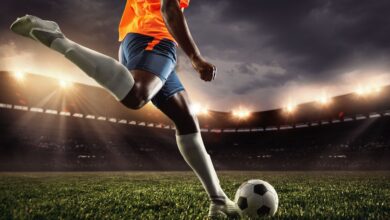 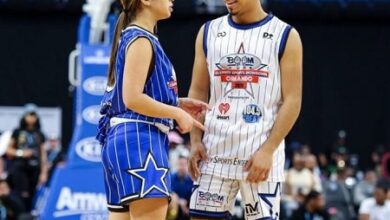 Jaden Newman: What Grade is Julian Newman in?